It's official Mark and April have inked a deal for co-writing "The Isle of Eigg", so without further adieu, here's the writing team of Mark Sbani and April Alsup. They've been collaborating most of the year and now they've agreed to make a go of it. 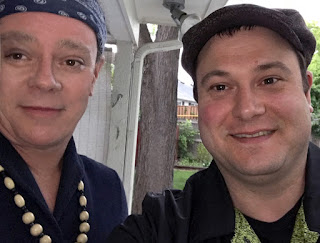